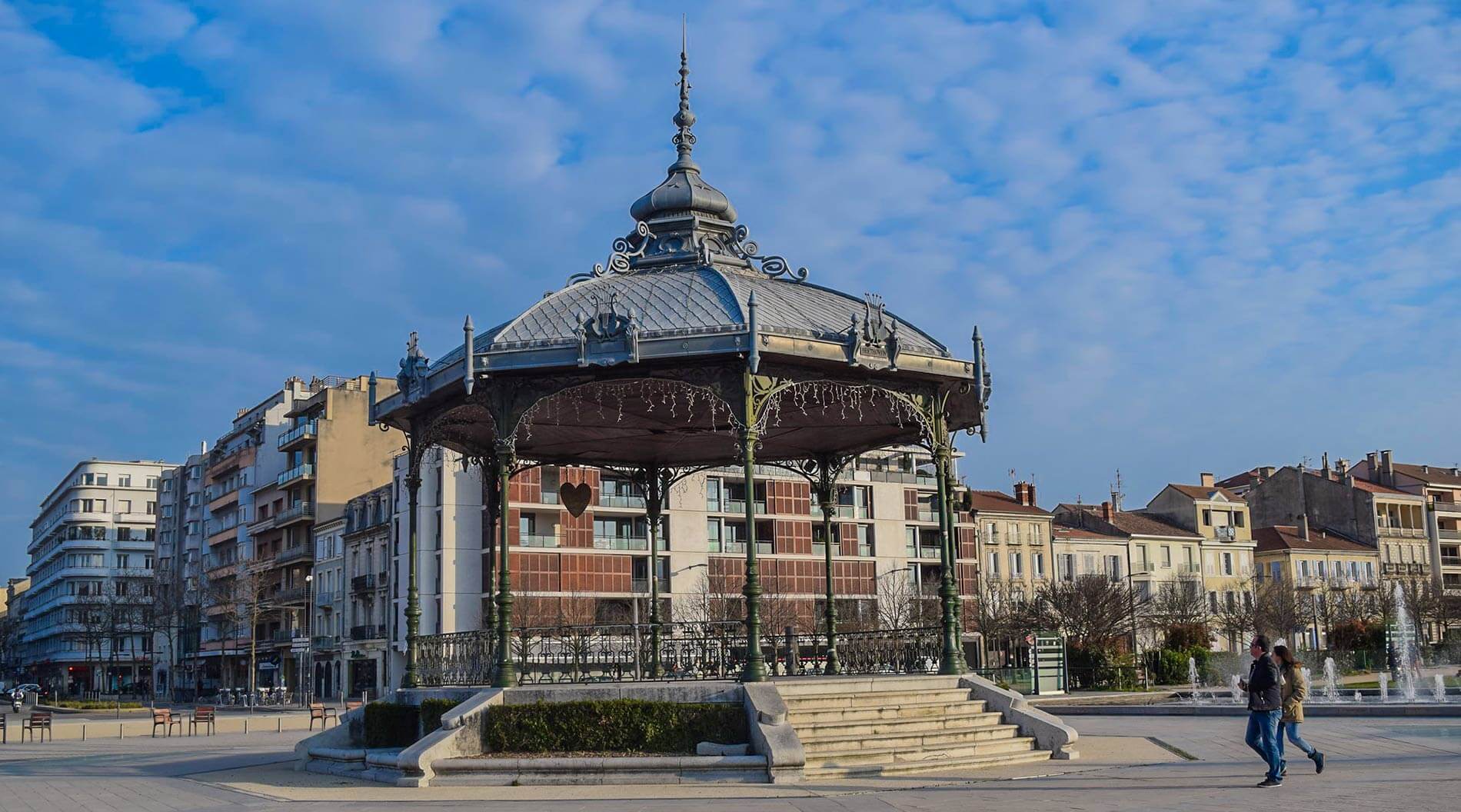 On your next trip to France at camping Les Bastets, make sure to explore Valence, the city in the country’s south that will  surely charm you away with its medieval architecture, lush nature and exquisitely fine cuisine. Situated in the middle of the Rhone valley, between Vercors, Provence and the Alps, Valence is often referred to as “the door to the south of France”. Its rich greenery, stunning variety of flowers and the refreshing Mediterranean mistrals perfectly represent all that is wonderful about the French south.

A city under roman influence

The 5th largest city in the region, Valence has a population of less than 70 000 people, and is comfortably small. Still, the cozy city offers more than enough for an exciting weekend. Once here, head to the Valence’s best-known landmark – the peculiar-looking Maison des Tetes. The imposing hotel particulier designed in the Gothic style was built in 1532, and its sand-hued facade is adorned with many heads that symbolically represent winds, fortune, time, theology and medicine. Inside the building you will find busts of Roman emperors, a nod to Valence’s past heavily influenced by Romans. To learn more about the city and the region go to the Musée de Valence which comprises more than 20 000 objects: from ancient Roman altars to the bizarre items once exhibited in curio rooms, as well as classical paintings – truly, this unusual collection is one-of-a-kind.

Between churches and gardens

Walk the city’s narrow streets and admire the many Romanesque churches, of which the most extraordinary one is definitely the distinctive Saint-Apollinaire Cathedral built in the 11th century. Situated at the Place des Clercs, the city’s main square, the Cathedral is  a citadel-like structure with a tall square tower, rounded chapels and minimalist, almost austere, decoration. Leave the sombre churches to enjoy the wonderful nature, and head to one of Valence’s many parks. Make sure to see the famous fountain and the futuristic water towers in the enormous Jouvet garden. Here, it is easy to understand, why Valence is labelled as a “city of flowers”.

Once tired of walking, prepare to explore the city’s celebrated gastronomy. One of the city’s local specialties is the Suisse, an orange-flavored, almond-powdered shortcrust pastry biscuit shaped as a man. To finish your day in style go to one of the city’s famous restaurants. Valence boasts at least three restaurants distinguished with stars in the Michelin Guide. The famous Maison Pic in Avenue Victor Hugo is a family-owned restaurant that has been run by generations of celebrity chefs for more than a century.

Discover the Cité du Chocolat and the surroundings of the campsite