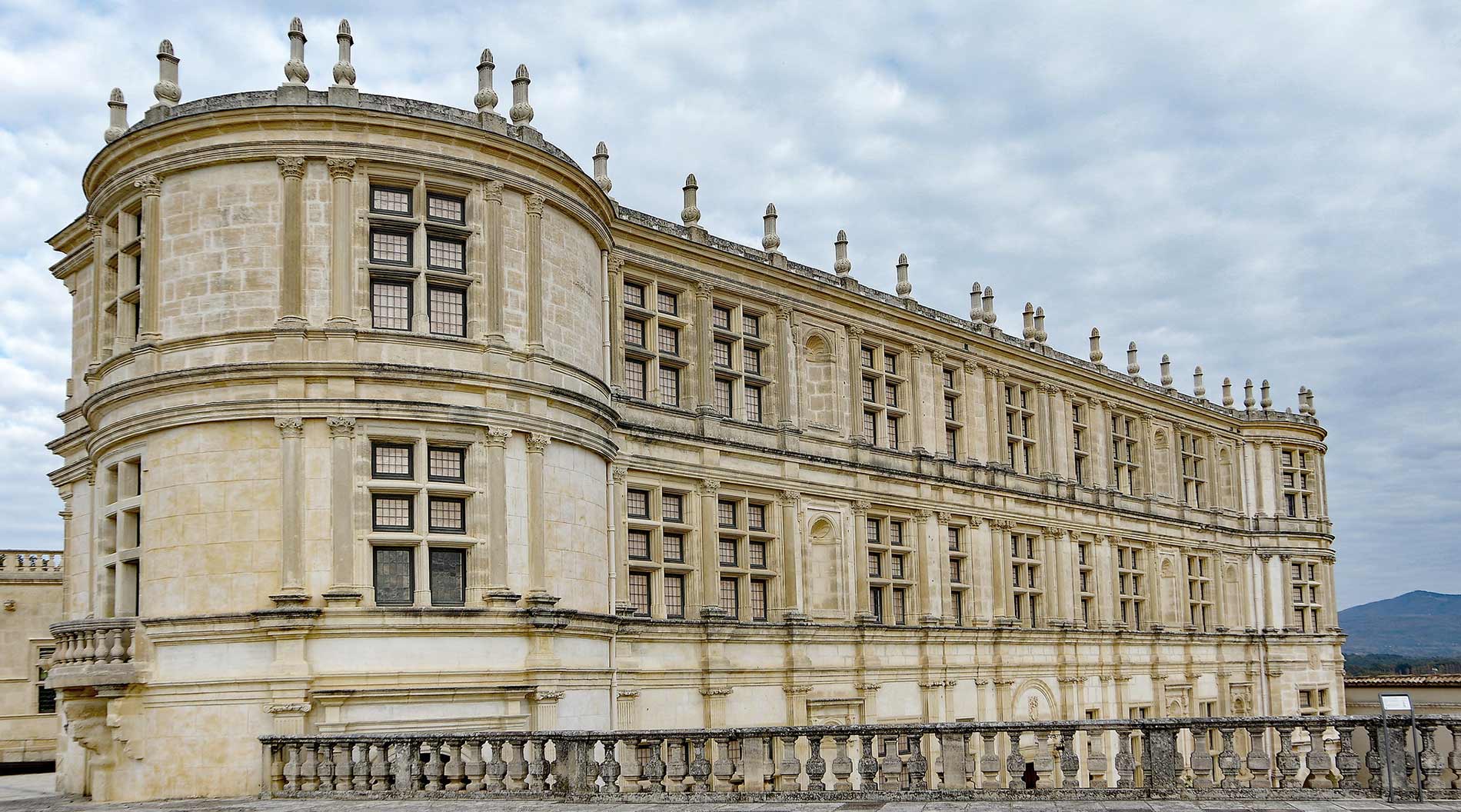 Camping Drôme » TOURISM IN THE DRÔME PROVENÇALE » The Castle of Grignan

The Castle of Grignan

In the heart of Drôme and within half an hour from the Les Bastets campsite stands a building with an unusual history: the castle of Grignan, the stronghold of the Adhémars and the Marquise de Sévigné. The imposing building dates from the 12th century, its history as well as its architecture have been shaped by wars, intrigues and struggles for power. Now the castle can be visited throughout the whole year.

The history of the Château de Grignan

According to historians, the construction of the Château de Grignan dates back to the 12th century. Few traces of the early architecture of the castle remain today, as already in the second half of the 12th century it was occupied and transformed by the Adhémar family. The initial medieval fortress was complemented by a gallery, celebrating the glory of the Adhémars, residential spaces and a terrace. As the Adhémar family got into the favor of François I (Louis Adhémar became one of the king’s ambassadors), the castle was changed yet again, adopting Renaissance-inspired features.

The Château de Grignan sheltered Madame de Sévigné before, just like her, it faced the fatal danger of destruction – during the French Revolution, the demolition of the castle was ordered. The facade and the roof were destroyed, the furniture sold. From 1794 to 1912, the ruins of the castle were passed from a buyer to a buyer until Marie Fontaine bought it, immediately starting an ambitious restoration. Grignan is now completely renovated with unique period furniture and recreated authentic decor.

In 1987, the castle received the title of a historical monument – and it remains one of the most beautiful castles in the Drôme.

What to see at the Château de Grignan?

The Château de Grignan now has a museum and is open to visitors. If you visit Grignan during your summer vacation, do not miss the nocturnal festival taking place in July and August. This one-of-a-kind festival mixes genres, blending a theater play with a dance performance, offering you the experience of time-travelling back to the Renaissance.

Another must-see at the castle of Grignan are the private apartments, authentically furnished and decorated or carefully restored. The exquisite tapestries, precious trinkets and draperies will transport you to the past.

At the end of your visit, take a walk around the castle. On the way, you will have the opportunity to discover the old washhouse of Grignan built in the neoclassical style. You will also see the tomb of the Marquise de Sévigné, which rests in the Collegiate Church of Saint-Sauveur.

The Château de Grignan is open every day of the year except on Mondays from November to February.

Visit of the terraces :