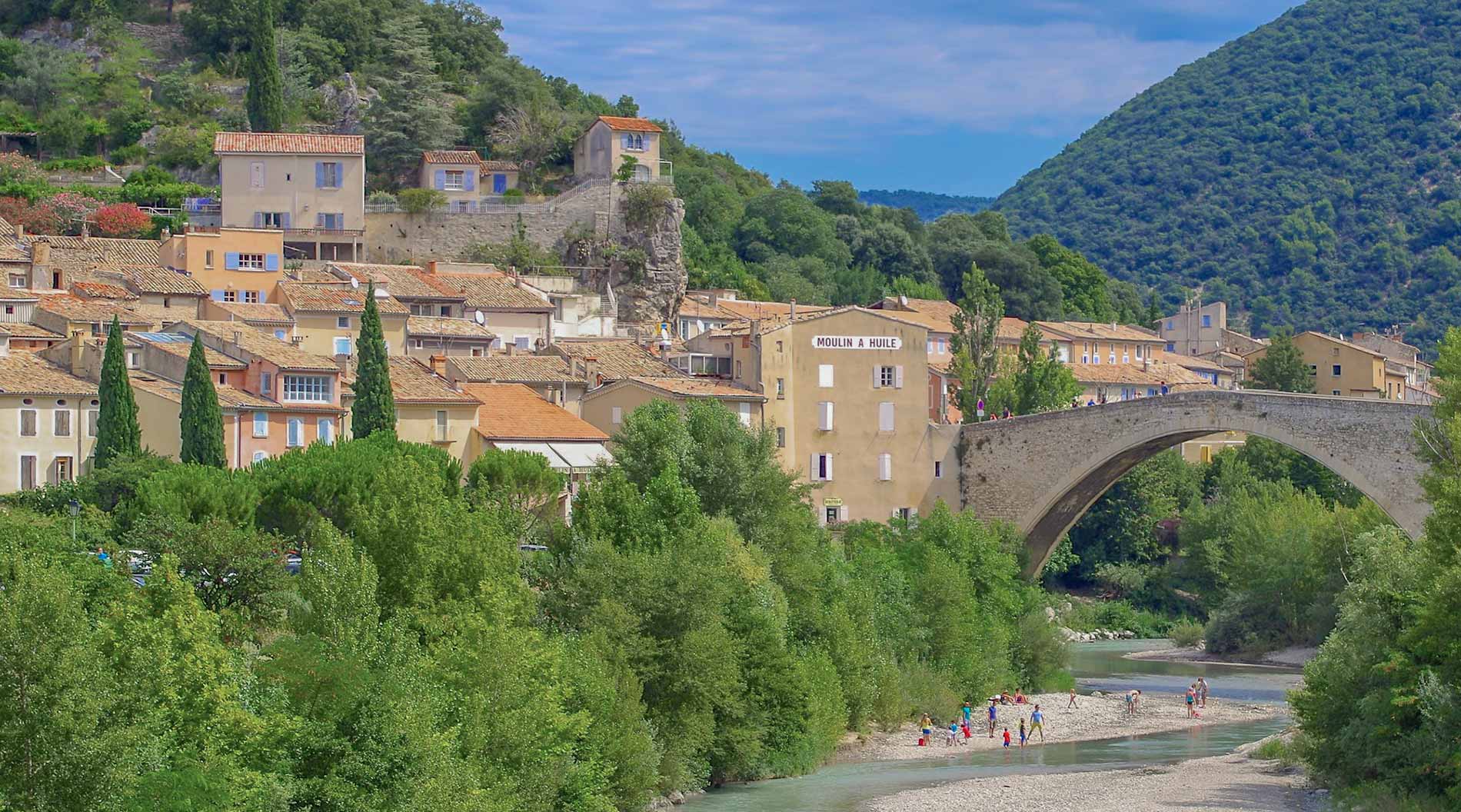 Camping Drôme » TOURISM IN THE DRÔME PROVENÇALE » Heading to Nyons

Are you planning a vacation in Provence? Then consider Nyons. Nyons is a charming city in Drome, located between Valence and Avignon. Dubbed “le Petit Nice”, it  is known for its pleasant climate due to the favorable location. Nyons’ sunny weather, beautiful surroundings and cultural heritage make it an exceptional tourist destination. Head here and roam its vineyards, olive gardens and lavender fields.

Populated since the Neolithic era, for a long time, Nyons belonged to the Abbey of Saint-Césaire in Arles. In the Middle Ages, the city’s development was stalled by religious wars. Following the building of a citadel,  Nyons became a stronghold of Protestantism. The city walls are considered an exceptional cultural heritage.

With its Mediterranean climate, mild temperatures and lots of sunshine throughout the year, Nyons has rich nature – unsurprisingly, the olive tree is the emblem of the city. The variety of olives in Nyons helped the town obtain the first French Controlled Designation of Origin (AOC) for its olive oil.

To see, to do in Nyons

The city’s culture is rich, too. In 2008, Nyons was enlisted as one of the “Most beautiful detours in France”. Its historic center offers charming routes between old fountains, ancient washhouses and baths. Admire the 18-meter tall Roman Bridge built in the beginning of the 15th century, explore the Saint-Vincent church and with its magnificent paintings, walk to the Place du Docteur Bourdongle and discover the restored Place des Arcades built in the 14th century.

After you’ve made acquiantance with the town, discover its surroundings: the famous soap factory, old mills dating back to the 18th century, the museum of archeology and history, the Olive Tree museum, and other local sights. Visiting Nyons is also traveling back to the groundbreaking launch of the Bleu Provence distillery, make sure to visit the Nyonsais cooperative and the Scourtinerie, the last manufacturer of scourtins, small woven filter baskets used in the production of olive oil.

Indulge your taste buds and go to the Place des Arcades where a Provencal market takes place every Thursday morning. Another seasonal market operates every Sunday during summer. The summer season also offers an opportunity to discover the local water park, located not too far away from the Jardin des Arômes, a botanical park filled with fragrant vegetation

To make your stay in Nyons unforgettable, attend one of its traditional festivals. The city comes to life during its events: the Corso Fleuri, the Festival of Olives, the Alicoque in July which celebrates the production of fresh olive oil, and the Contes et Rencontres festival.

Classified as a tourist destination, Nyons is located just about fifty kilometers from Les Bastets campsite. Plan your stay now!

Discover the 10 must-do activities in the Drôme