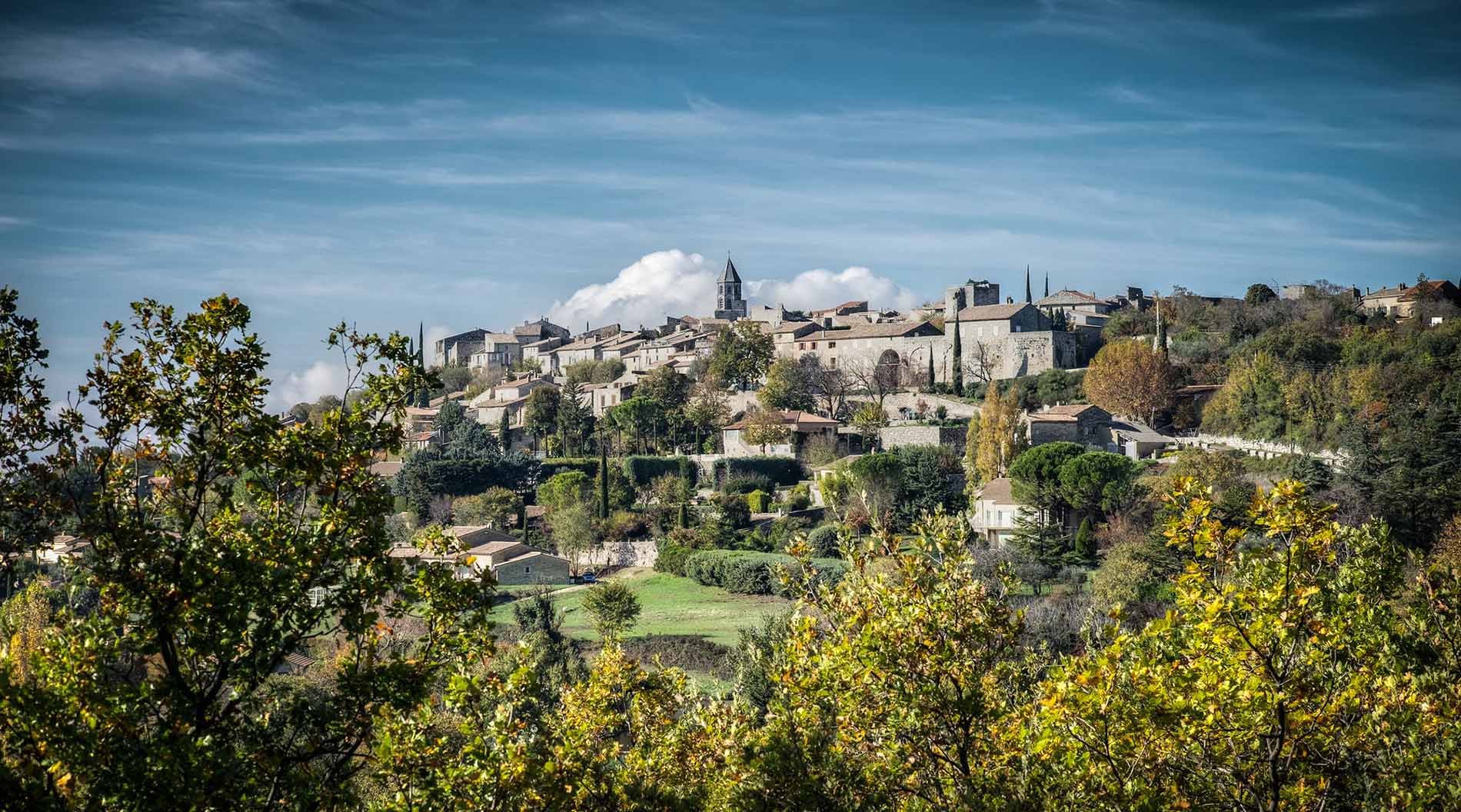 Examine the intricacies of naive architecture and walk through the fragrant fields of lavender, admire the grandeur of medieval castles and revel in the noisy charm of village flea markets, try exceptional nougat and learn to appreciate elegant wines… Shortly, to have an exceptionally good time, head to Drome!

Drome is a department within the Auvergne-Rhône-Alpes region in Southeastern France. The department is named after the eponymous 111-kilometer river that takes origin in the western part of the Alps and flows into Rhone near Drome’s main city and prefecture – Valence. The Alps and the Mediterranean Sea in the south equally influence Drome’s climate. The Drome valley where the northern and the southern air masses collapse is famous for its tumultuous thunderstorms in summer and heavy snowfalls in winter. The climate conditions are favorable and auspicious for vegetation: in Drome, like in Provence, you will see those delightful lilac-hued fields of lavender. At the border with the neighbouring department Isere lies the magnificent Vercours National Park. Located in the pre-Alps and occupying part of the Vercours massif, the Park combines hilly landscapes with lush green forests, and is a true delight for hikers.

At the gateway to the park is the department’s main city – Valence, dubbed “the door to Provence” and home to monumental architecture. The town evolved from a commune founded in 121 BC and, under the Romans, was an important juncture. It retained its significance well into the Middle Ages becoming a scholarly center with its famous university (where later Francois Rabelais’ studied) founded in the 15th century. Ever torn between the Protestant and Catholic influence, Valence features the magnificent Saint-Apollinaire Cathedral, an 11th century catholic church that suffered numerous damages during the French Wars of Religion. Another Valence’s famous landmark is Maison des Tetes, a 16th-century hotel particuliere with intricate sculptural embellishments along the facade.

Should you be more interested in Valence’s participation in the Wars of Religion head to Beaumont-les-Valence where a church separated into a Catholic and a Protestant parts remains a testimony to absurdity of religious communality, as well as a symbol of unity and peace.

Once you are in Drome, make sure to explore the departments charming and quirky villages with their centuries-old traditions, exceptional food and locally produced wines. Grignan is a must. The commune is dominated by the enormous Renaissance castle poised on a rock, and is famous by marquise de Sévigné’s letters. The vivid and witty, since the 17th century they have been recognized as literary classic. The marquise, by the way, used to write them in a cave located close to Grignan that you can also visit. On a Sunday morning, go to Saillans that hosts a huge flea market. Try the local effervescent Clairette de Die after finding your hidden gem at the market. In La Garde Adhemar, walk through the botanical garden with its many redolent plants, then, shop for truffles: Adhemar is the place to buy the black truffle, a local delicacy. Enjoy a cup of coffee at the sun-lit square – and go on to Poet-Laval, a village of steep white stairs and supreme cuisine, where a museum of Protestantism offers yet another look into the region’s history. Craving a desert after a prolonged trip? Drome has you covered: Montelimar, the department’s largest town, is also Europe’s main nougat destination with a number of and nougat shops dotting the town’s medieval streets.

Activities to do in the Drôme