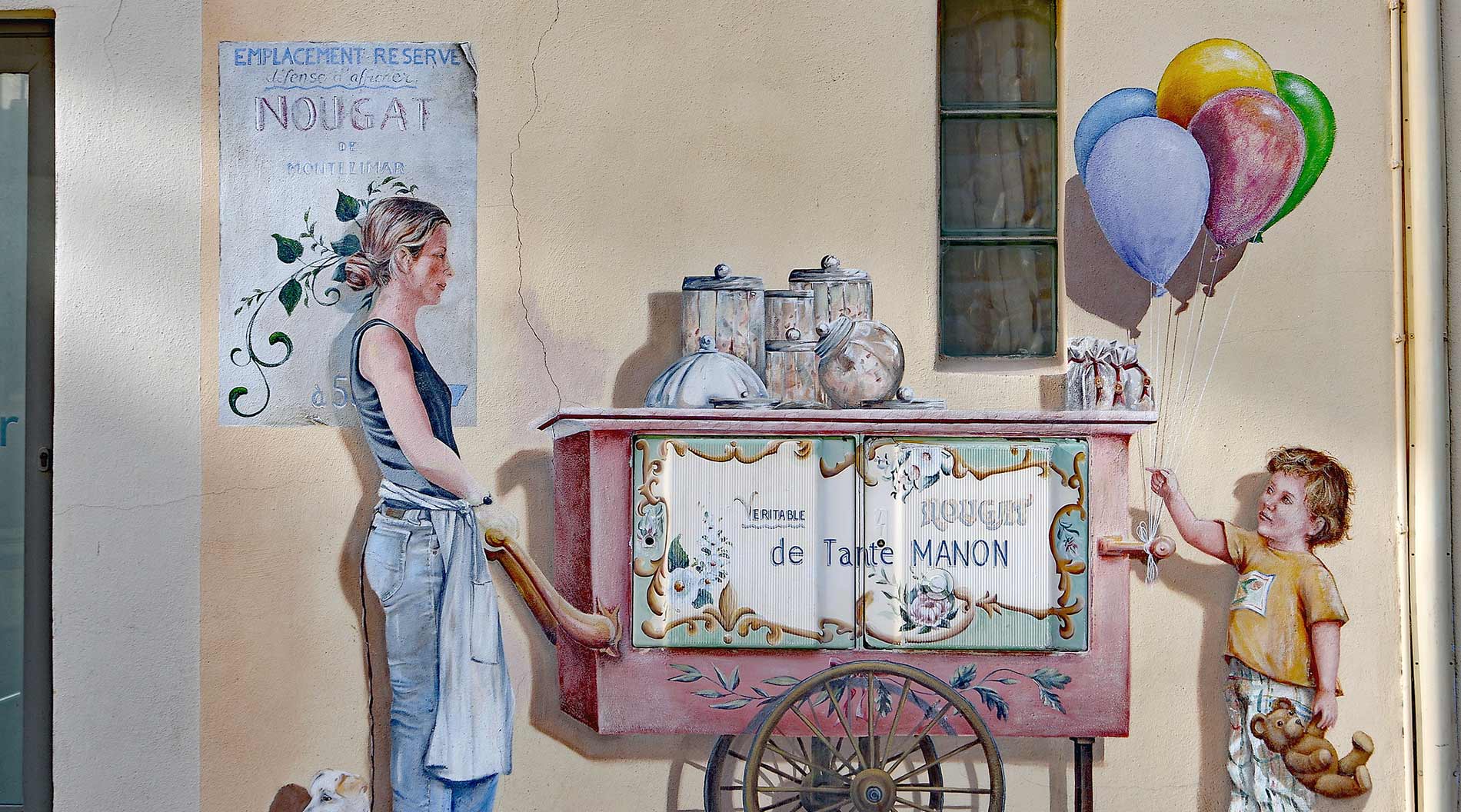 Long strolls, medieval castles and the art of nougat-making: your must-dos in Montélimar

The norther gate to Provence

On your way from Lyon to Provence, make a stop in Montélimar, a small and charming town in the southeastern part of France. Dubbed “the northern gate to Provence”, the hilly Montélimar is equally close to the Alps and the Mediterranean sea, and is located on France’s major river Rhône. Tranquil, peaceful and delightfully picturesque, Montélimar surrounded by lavender fields and lush forests is just the perfect destination for a relaxed weekend. Still, being the second largest town in the Drôme department (after Valence) and with a population of nearly 40 000 people and, Montélimar is lively enough to keep you entertained.

A castle built in the 12th century

Founded in the 12th century, the town was ruled for centuries by the aristocratic Adhémar dynasty. The medieval castle that once belonged to the Adhémars is still one of the town’s major attractions. A majestic 11-century structure that was initially built as a fortress, but now serves as a museum and an exhibition space, the Château des Adhémar is regularly hosts history displays and contemporary art exhibitions. Perched on a hill, it also offers grand views of the sun-lit town below.

Should you crave more art, head to the Contemporary Art Museum Saint-Martin that puts on shows by local, as well as internationally renowned artists. Afterwards, take a stroll to the nearby Musée de la Ville that offers a glimpse into the history of the town from the early Celtic times throughout the turbulent medieval history up until now.

In Montélimar, prepare to slow down, relax and indulge: the sunny and breezy medieval city has an astonishingly superb food scene. Relish a glass of the local Côtes du Rhône while sitting on a sun-drenched terrace, and make sure you try the town’s famous specialties – caillette, saucisson, moreish Picodon goat’s cheese, guinea fowl and chestnut cream. For a dessert go to one of the town’s many nougat shops. The recognized world’s capital of nougat Montélimar is home to multiple candy and bonbon shops-cum-museums where you can explore the history of nougat-making and try as much of it as you want – an absolute delight for those with a sweet tooth!

Discover the surroundings of Montélimar