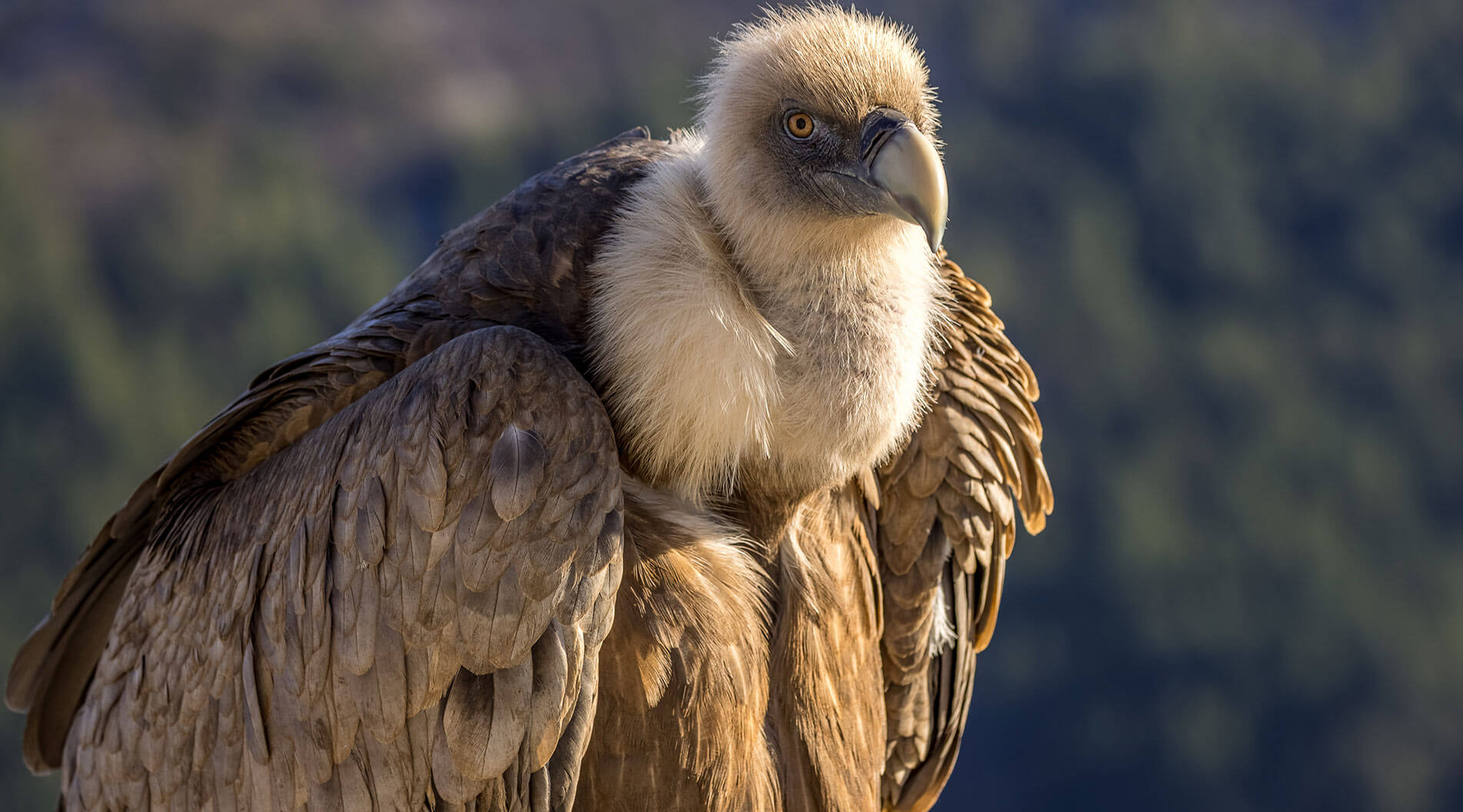 Camping Drôme » TOURISM IN THE DRÔME PROVENÇALE » How to see the vultures in Rémuzat ?

Within just an hour-and-a-half drive from Les Bastets, you will have a unique opportunity to watch one of nature’s impressive phenomena closely. Head towards Rémuzat in southeast to watch magnificent birds of prey in their natural habitat.

Where to watch vultures in Rémuzat?

To watch the Rémuzat vultures closely, you should best go to St May, located within 5 km away from Rémuzat (follow the “Vautours“ signs). From the village, a narrow road will take you up to the ruins of the Abbaye de Bodon. Leave your car in the parking lot, and go for a walk. If possible, avoid going on hot days, as the circuit is not shaded.

As you’ve arrived at the observation point, settle down and prepare for the show. Watch the birds of prey fly towards you and then away, towards their nesting site at Rocher du Caire. Be patient – they are about to approach you very closely. To watch the vultures so closely and just above your head is breathtaking and almost magical.

You are at a true haven of peace – at the heart of the Baronnies Provençales, a natural site inhabited by vultures that offers an incredible view of the valley. Hikers will enjoy continuing the circuit and exploring the crests of the Rocher du Caire about 10 km away.

But why are there vultures in Rémuzat?

Vultures disappeared from the south of France more than a century ago, largely because people started using poison to eliminate wolves and bears. Then the ban on depositing bodies of animals in the wild came also contributing to the birds’ departure. In 1987, the association “Vautours en Baronnies” launched a reintroduction program for griffon and monk vultures.

Since then, we have witnessed a spontaneous return of the Egyptian vulture and the bearded vulture. Now the vultures have expanded over a territory of more than 8000km2, and the center of their colony is located in the gorges of the Eygues, between St May and Rémuzat.

Discovering the vultures of Rémuzat

The association “Voutours en Baronnies” organizes field trips throughout the year, inviting you to discover more about vultures. Join and learn about the vulture reintroduction methods and, of course, listen to the stories about their reintroduction.

Visitors are accompanied by an ornithologist from the association, who will also hand out the necessary equipment to observe the life of the vultures closer (each participant receives binoculars and a telescope). These field trips mostly take place in the Eygues gorges, near the village of St May and are aimed at all audiences (schoolchildren, hikers, naturalists, etc.), from 6 people.

In addition, several hiking trails will lead you to discover vultures. For non-hikers, it is possible to watch the birds from the Place de Rémuzat, where a free-access telescope is at your disposal.

Discover other activities to do in the Drôme